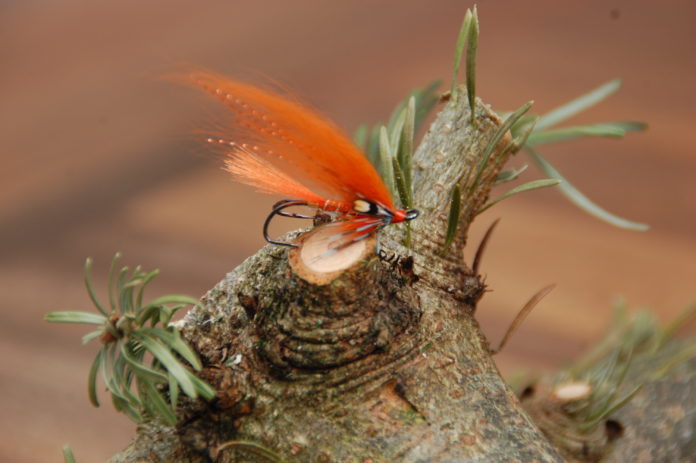 This is a fly Jan Erik Granbo had made, and he named it after Gaula guide Jonas Hammerstedt. He writes this about his fly:

The unusual combination of copper, brown and a blue throat hackle looks eccentric but believe me, this is a very, very good fly. In August it is one of my ‘go to’ salmon flies having caught salmon every season since I first created it.

Here under you can see a step by step picture version of Jonas I had tied, and down under the pictures is the fly tying pattern. 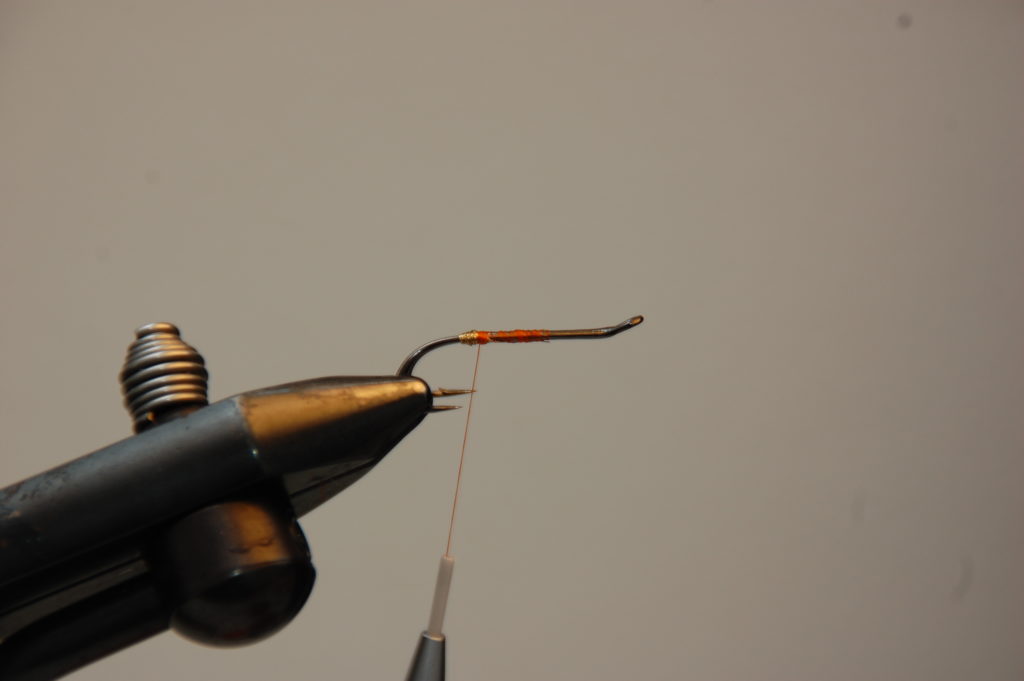 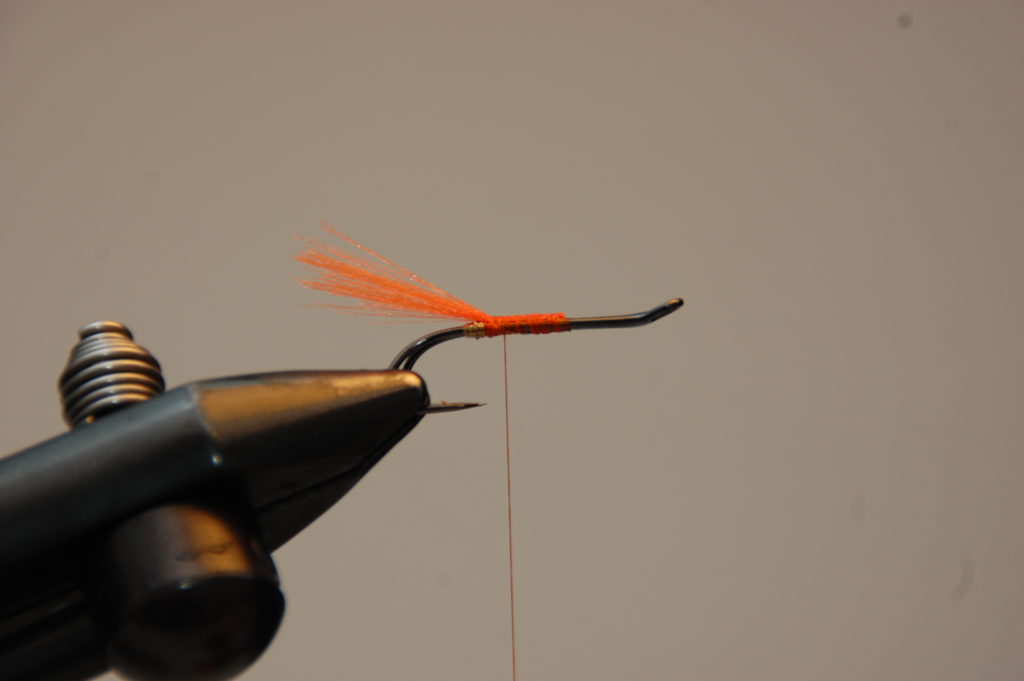 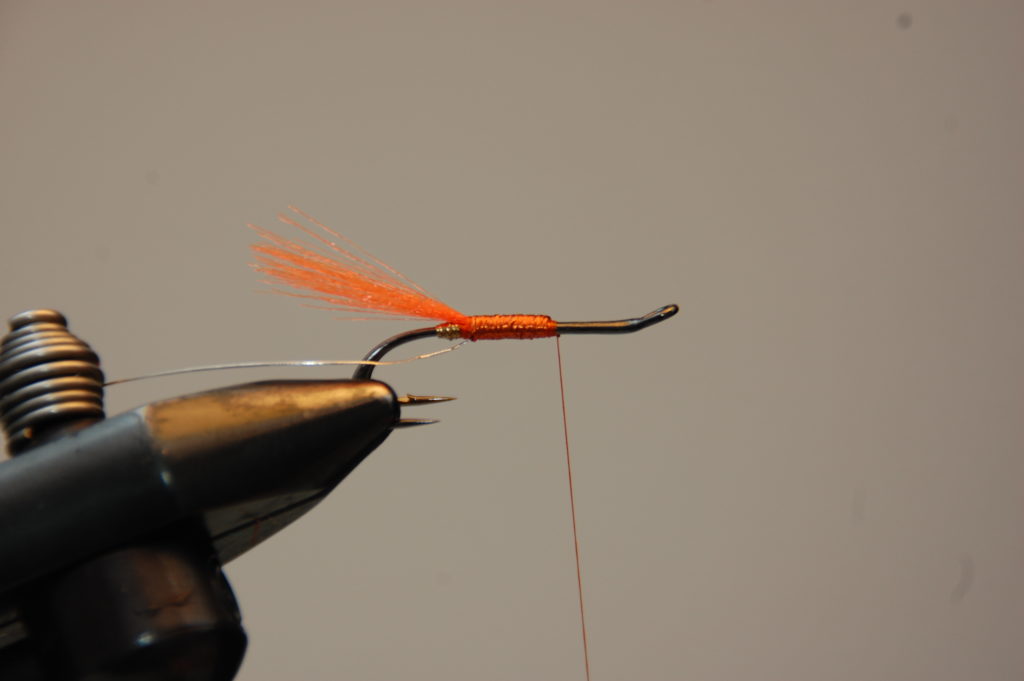 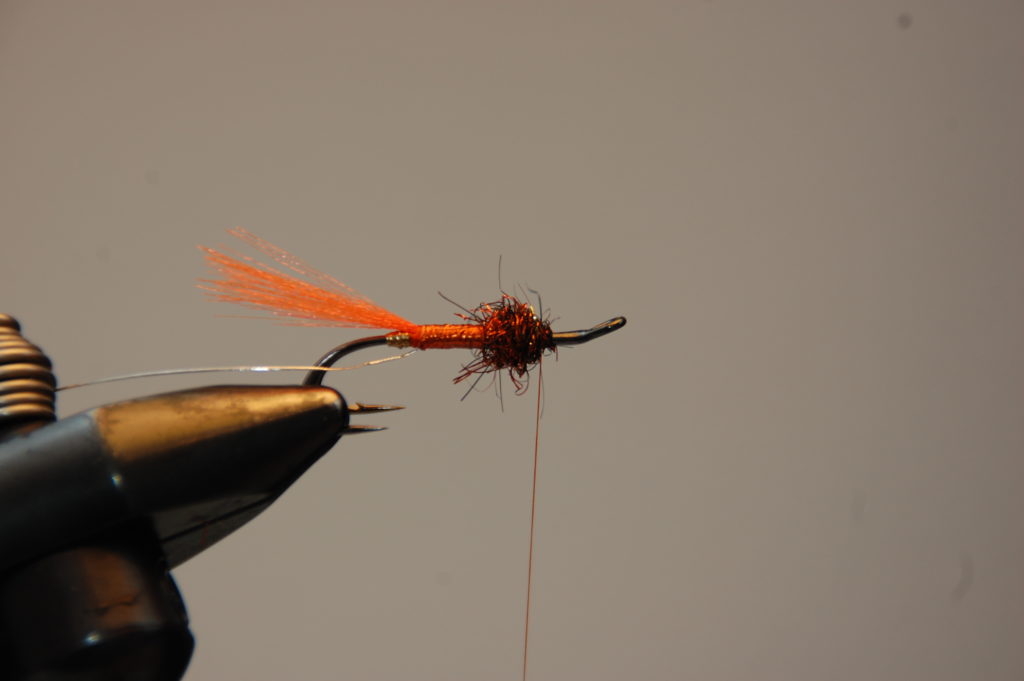 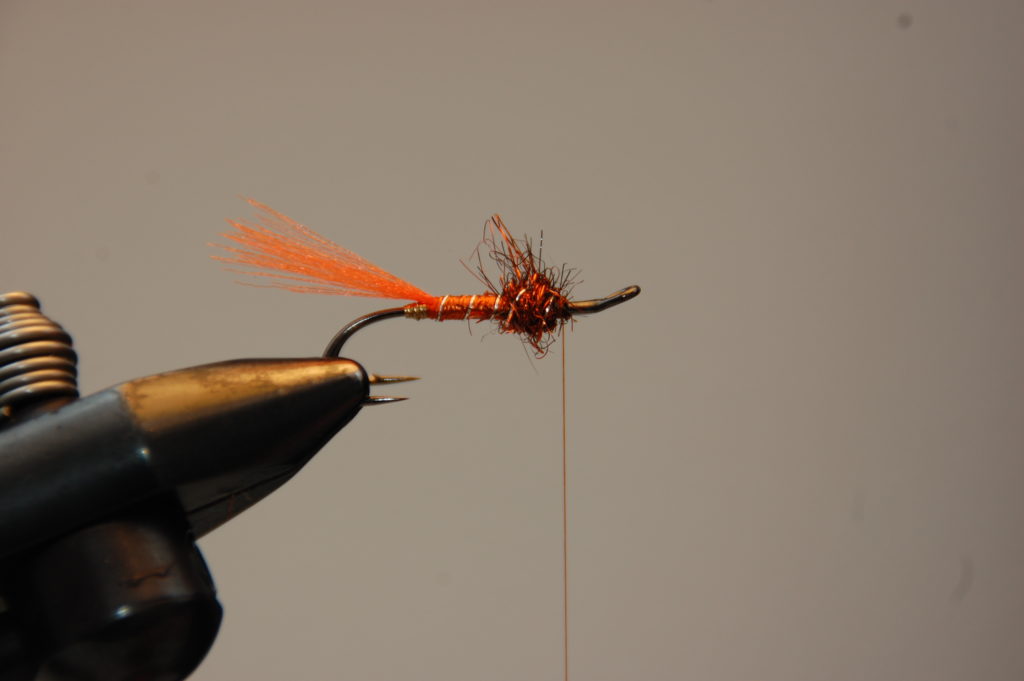 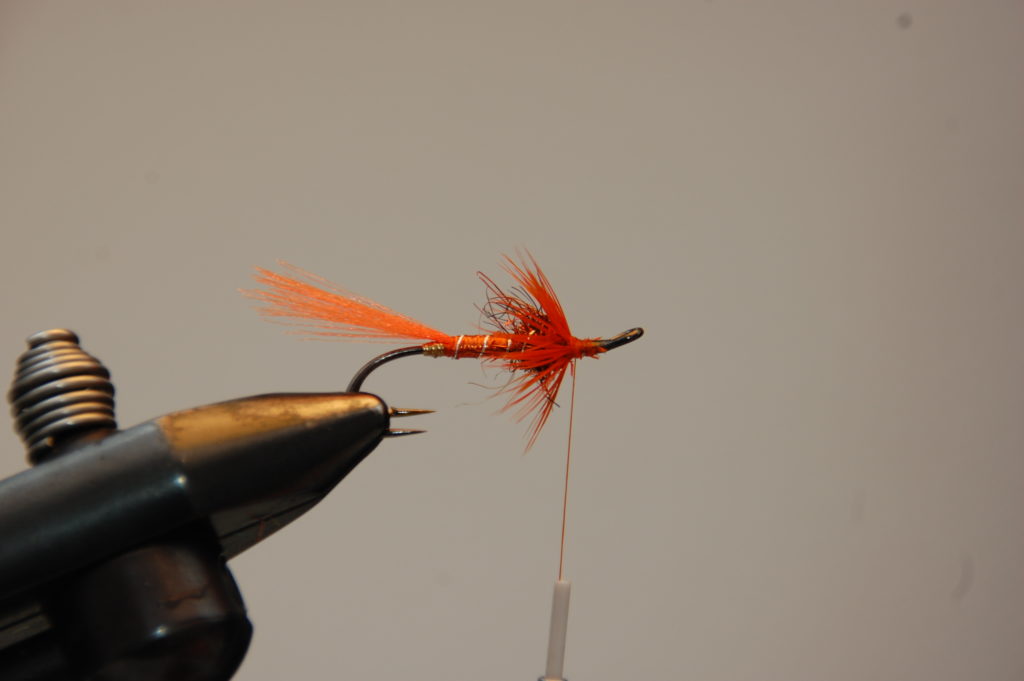 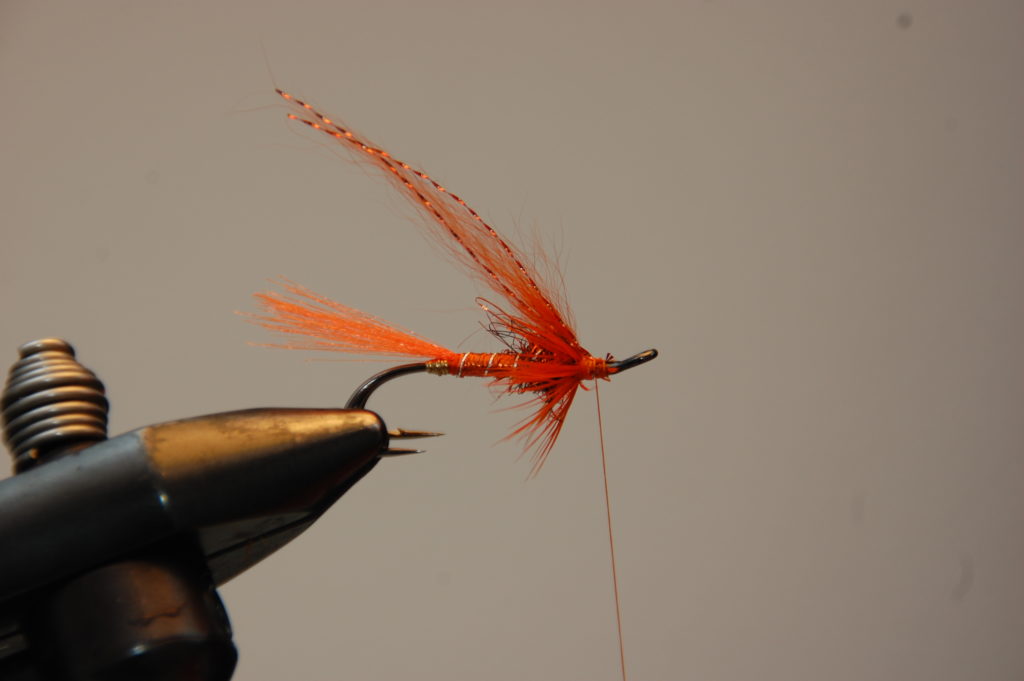 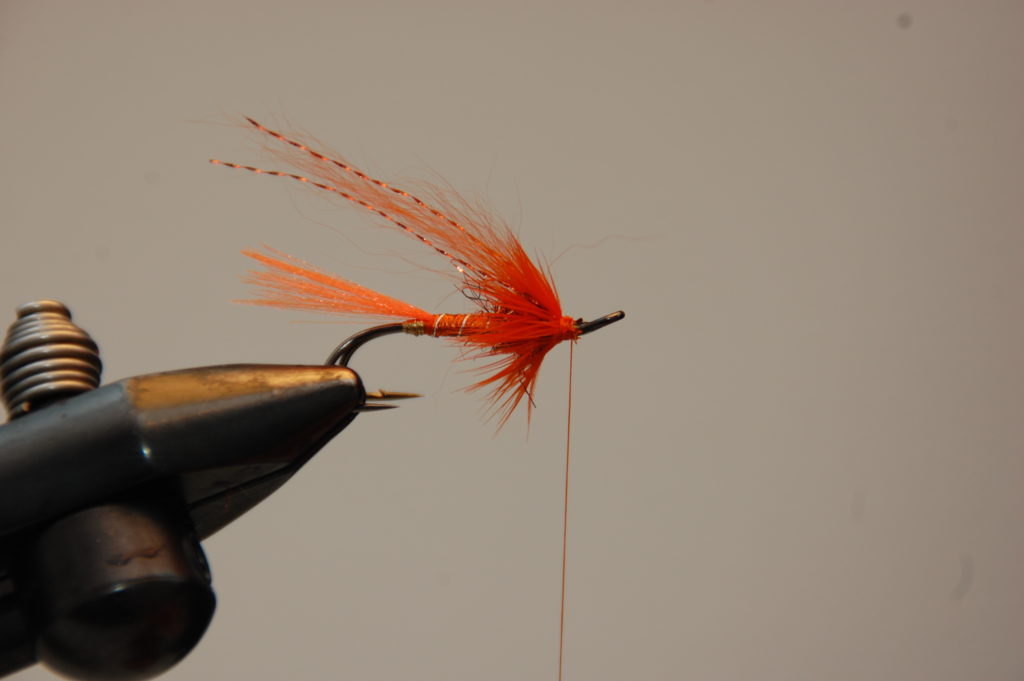 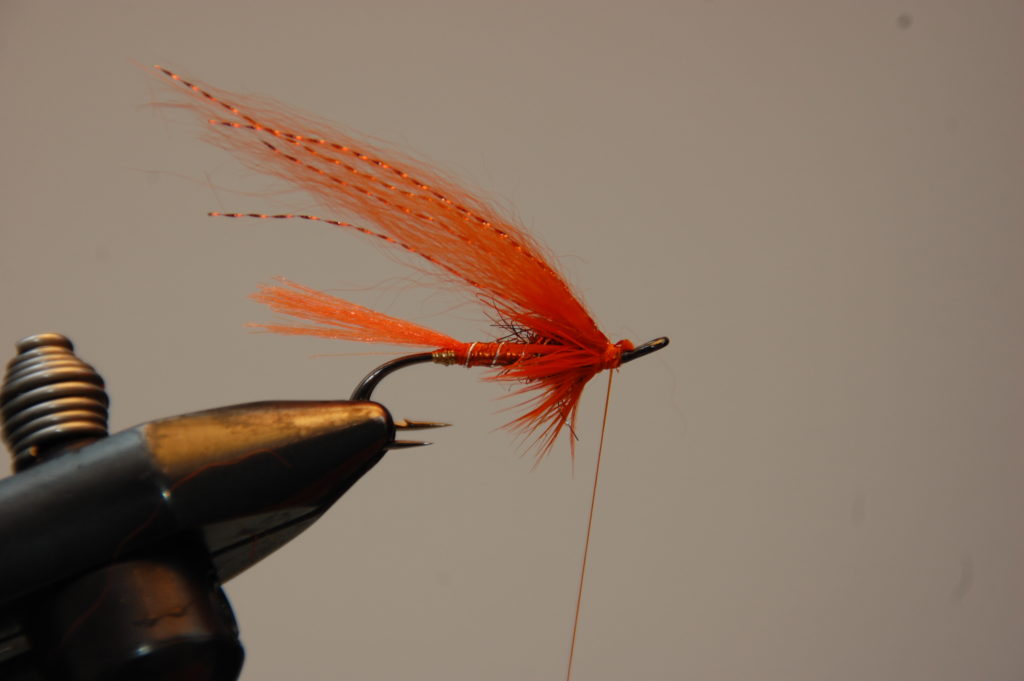 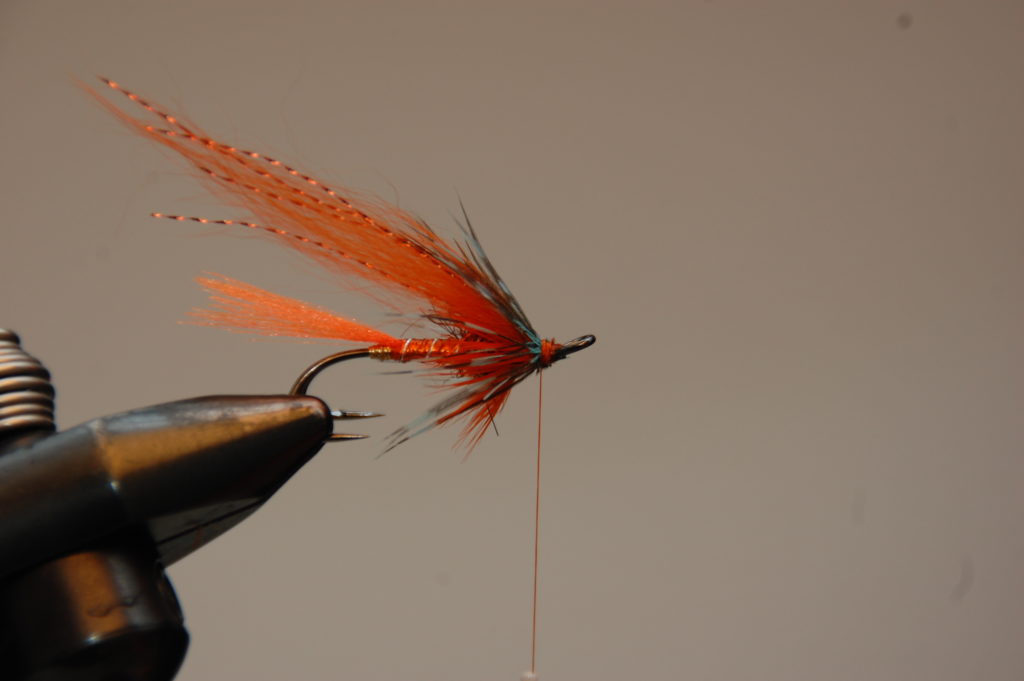 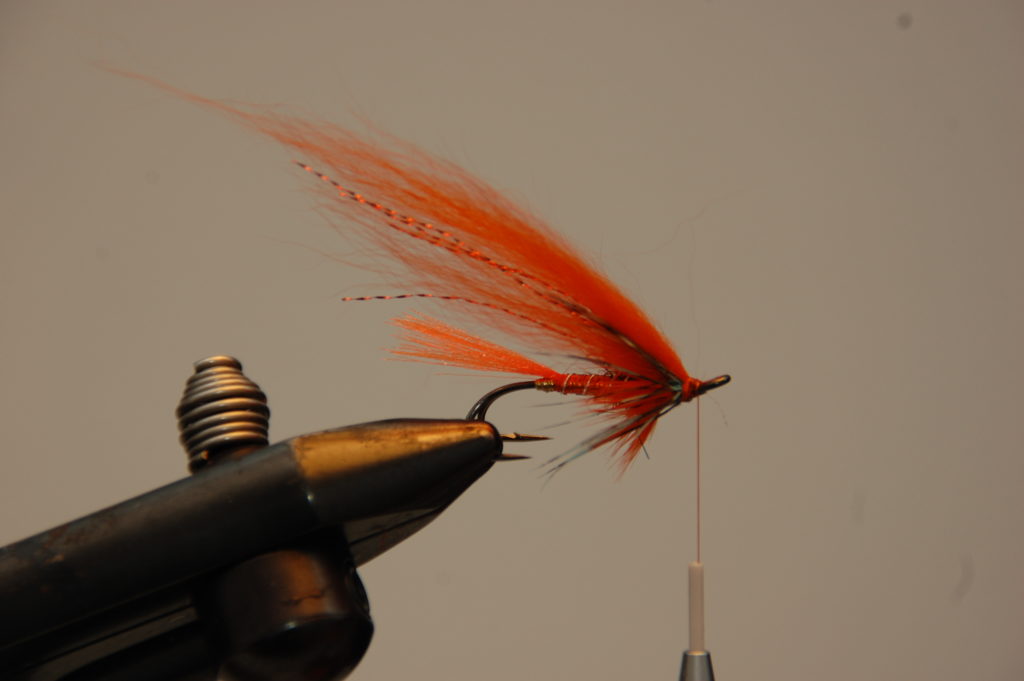 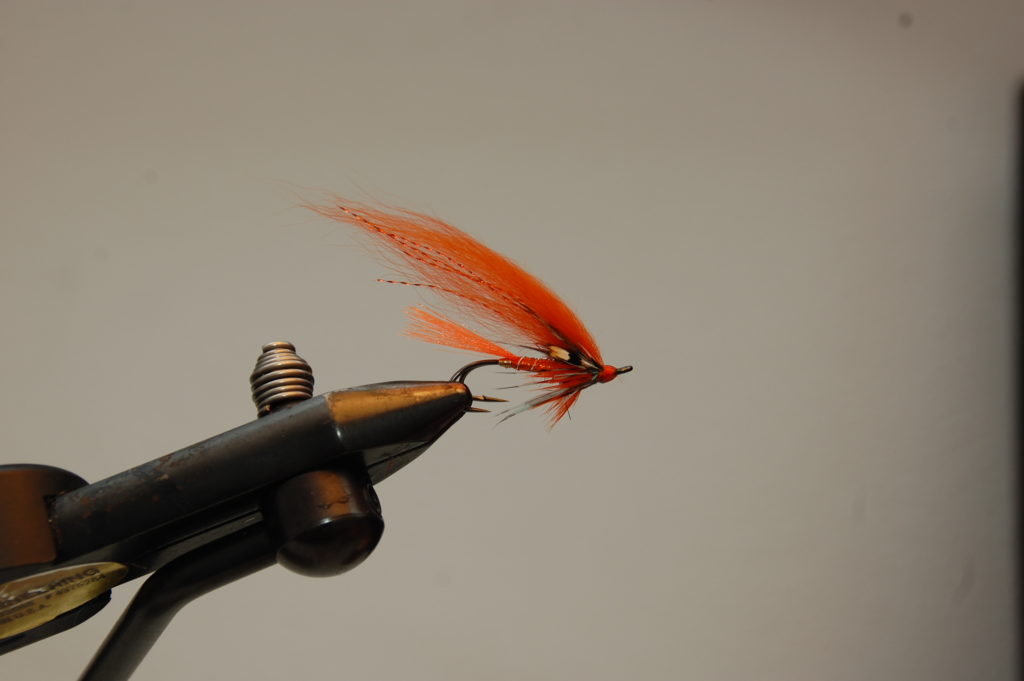