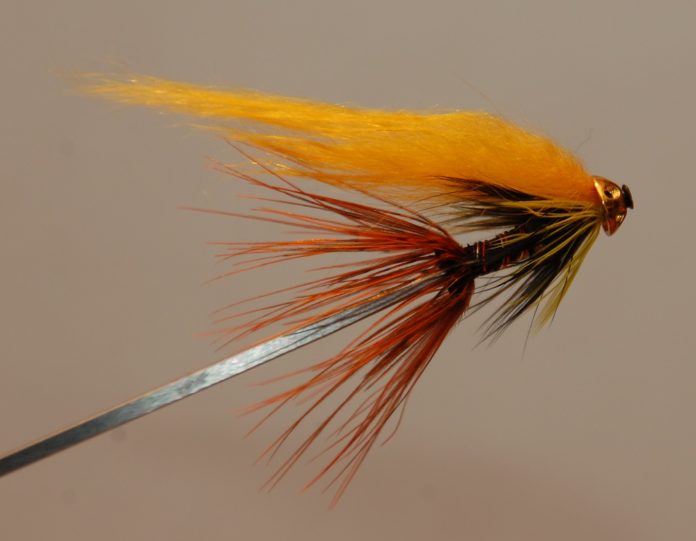 At the Skjern River I have had good experience with a fly which has a yellow wing at the end of the season. This fly is made from a desire for a lively tail, and a yellow wing that can move some water, and fish immediately with the heavy tungsten. Use this fly when the water is colored.

Below you can see a step by step picture version of the fly, and the fly tying pattern is under the pictures. 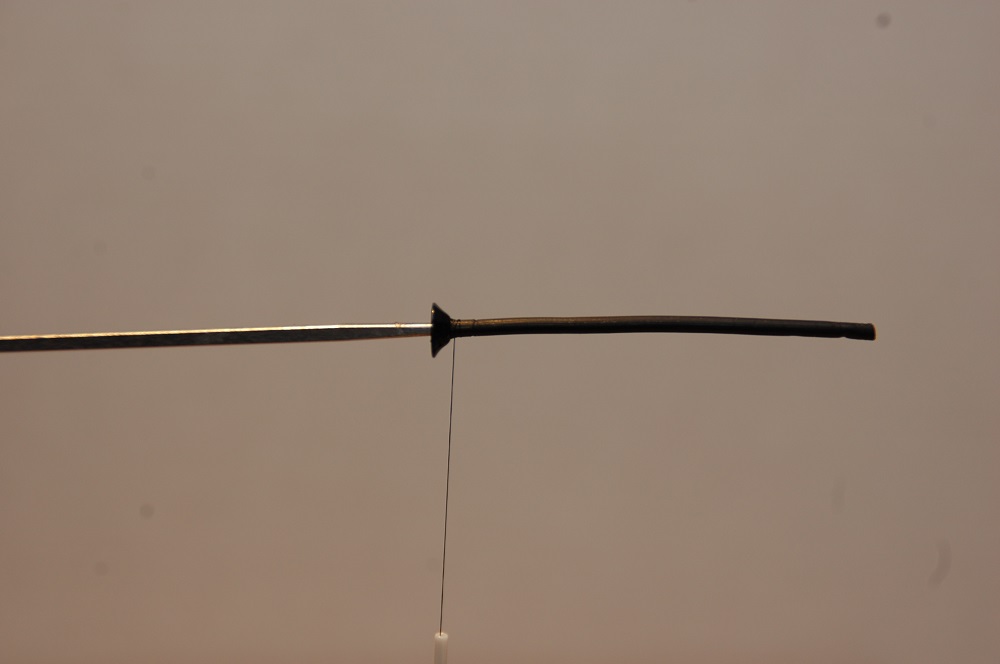 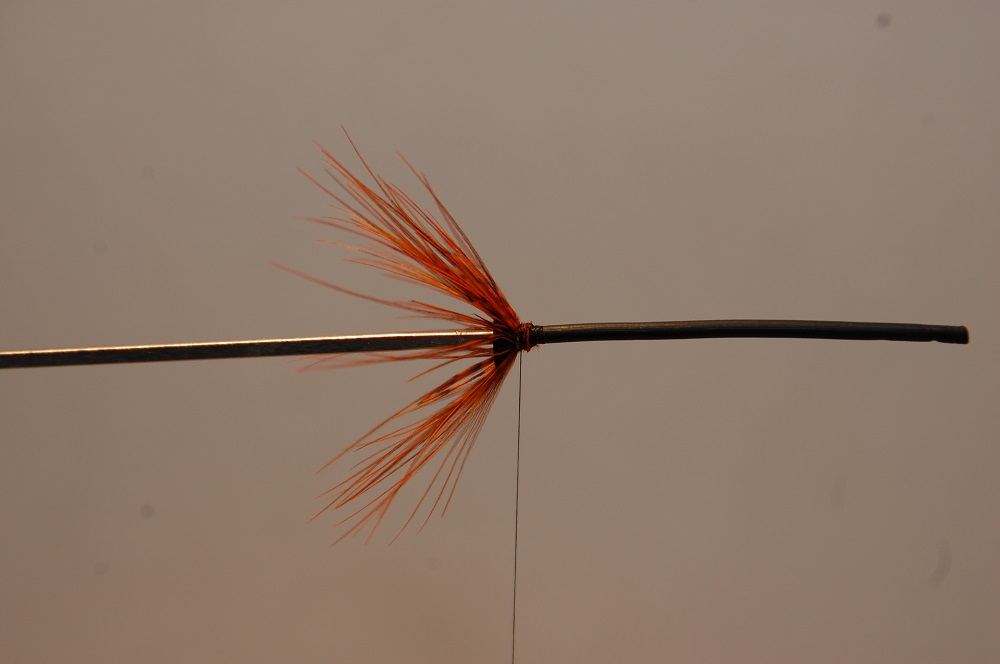 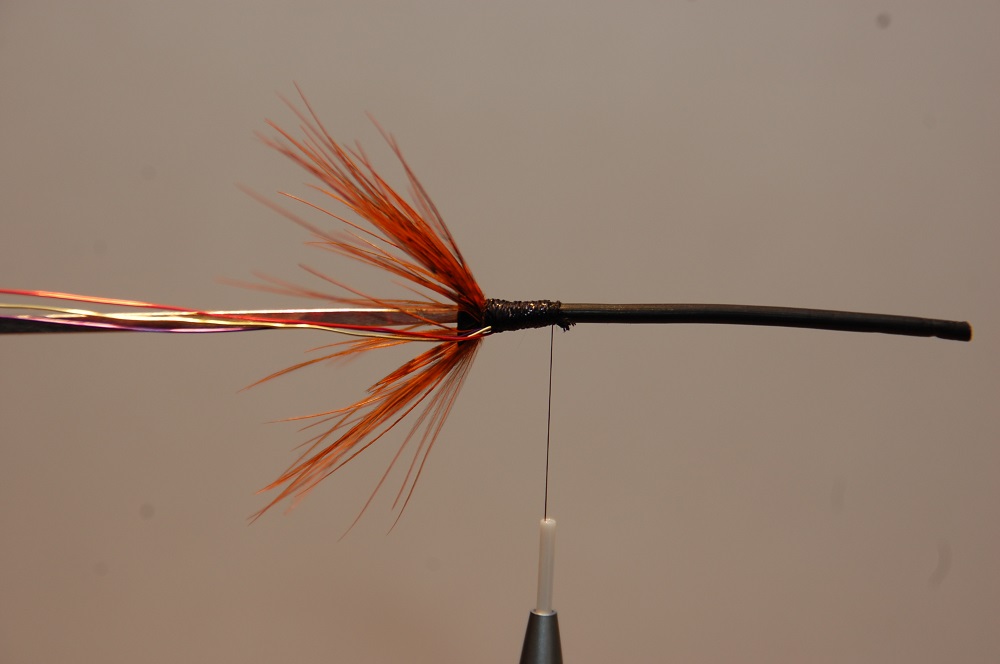 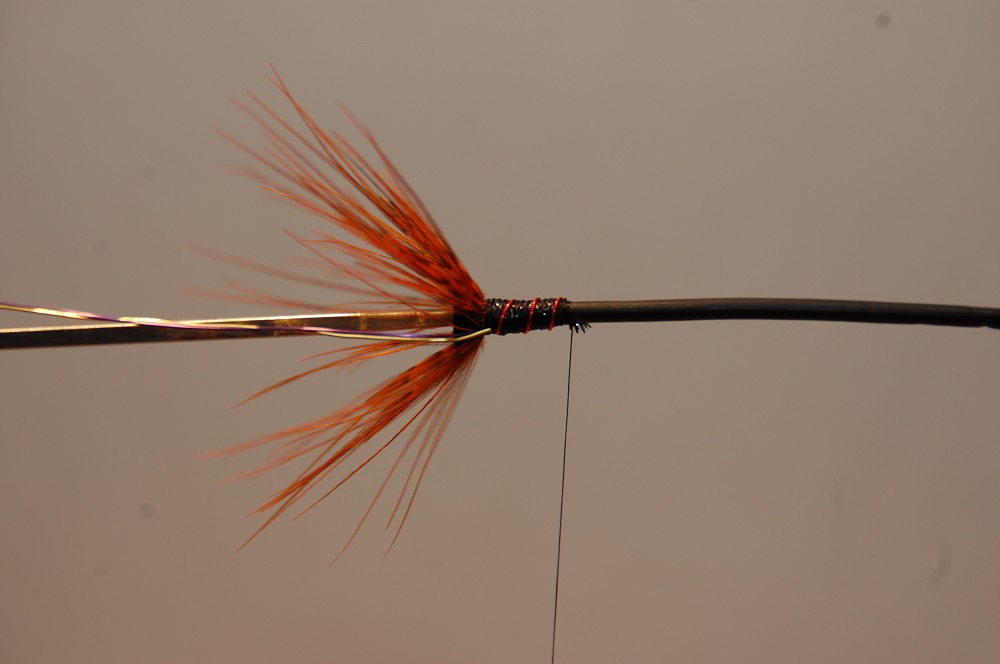 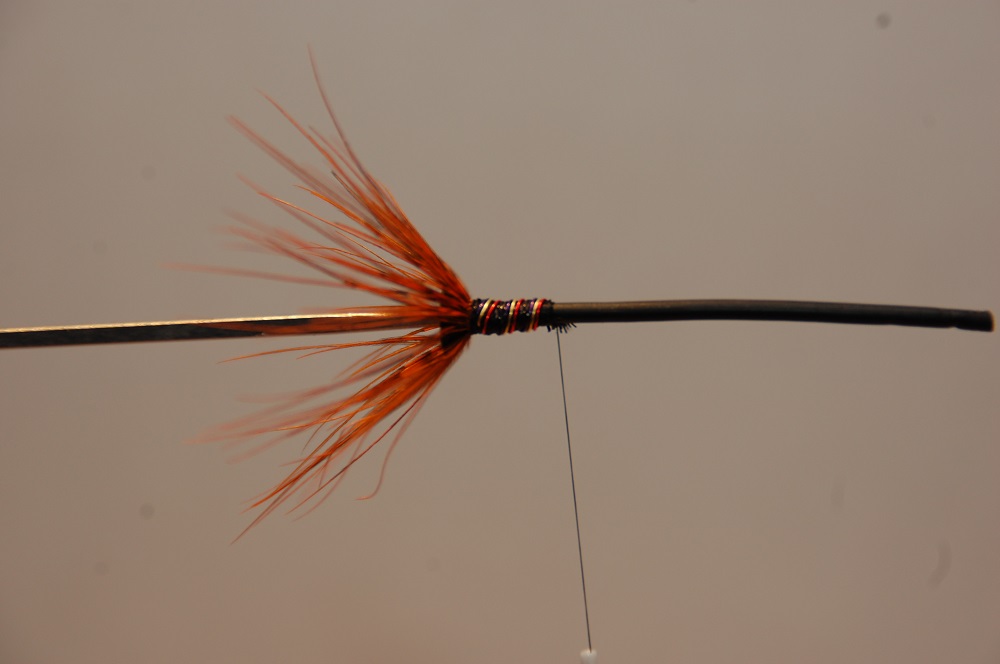 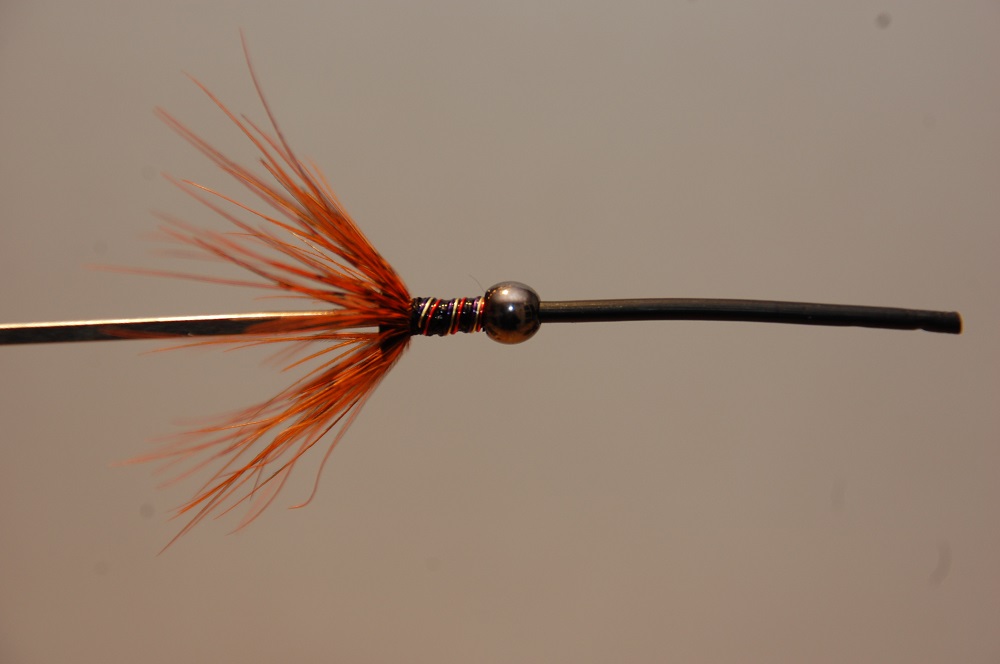 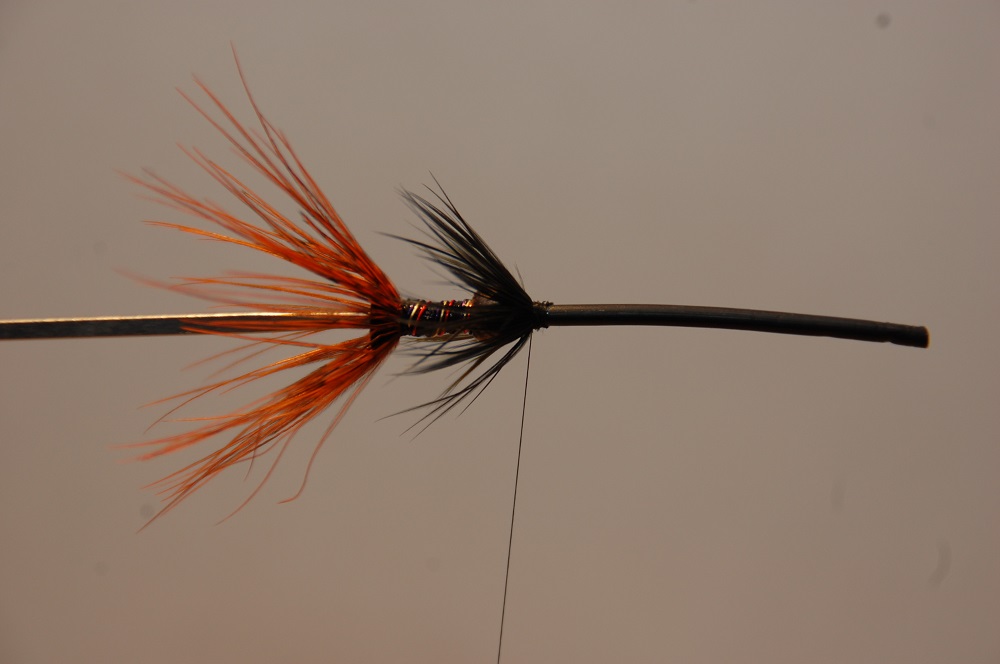 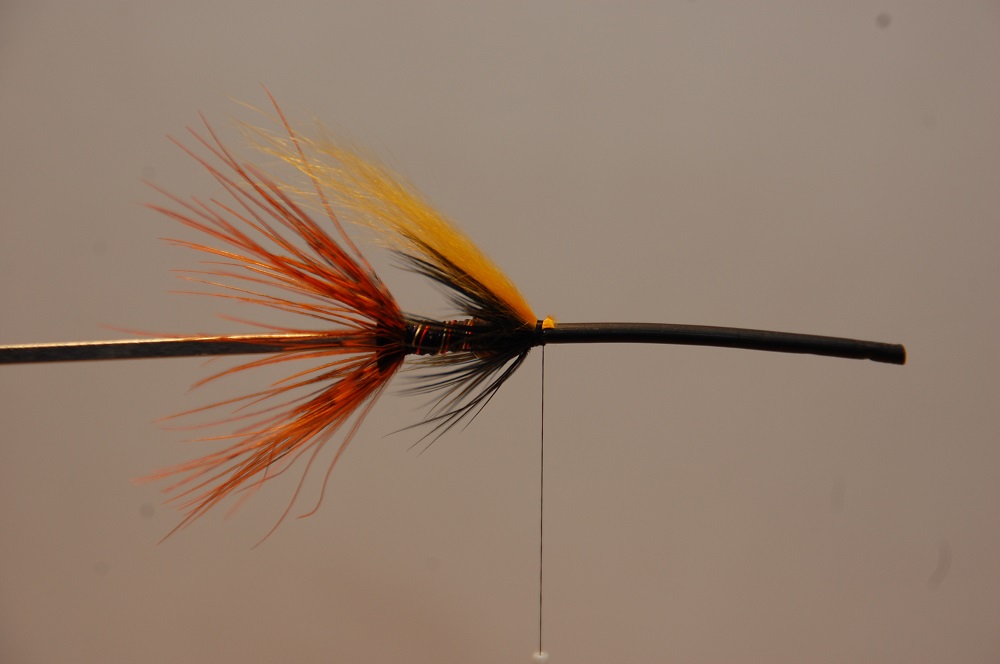 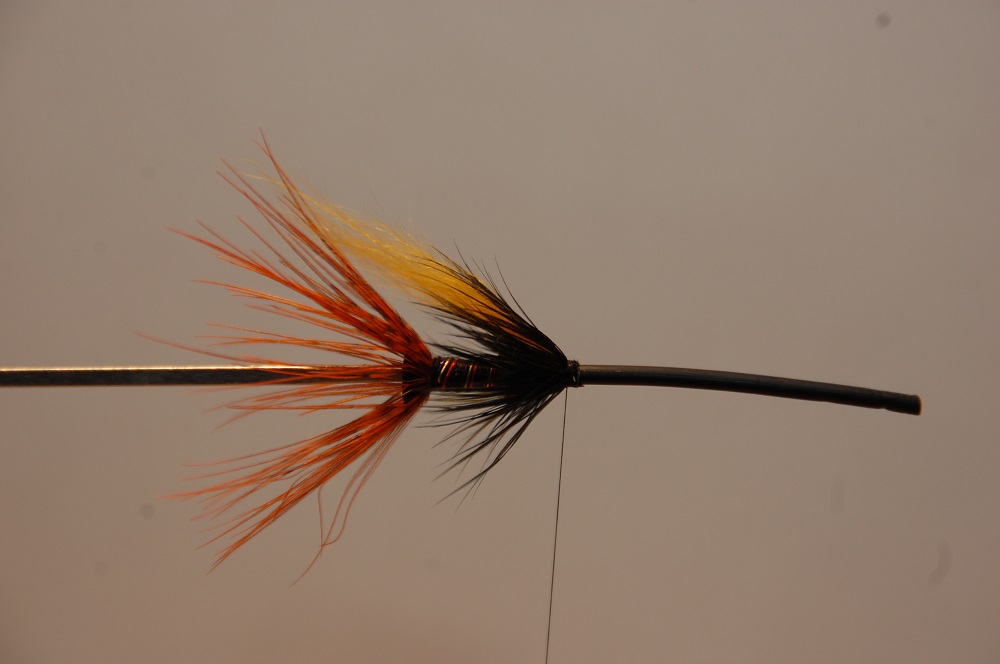 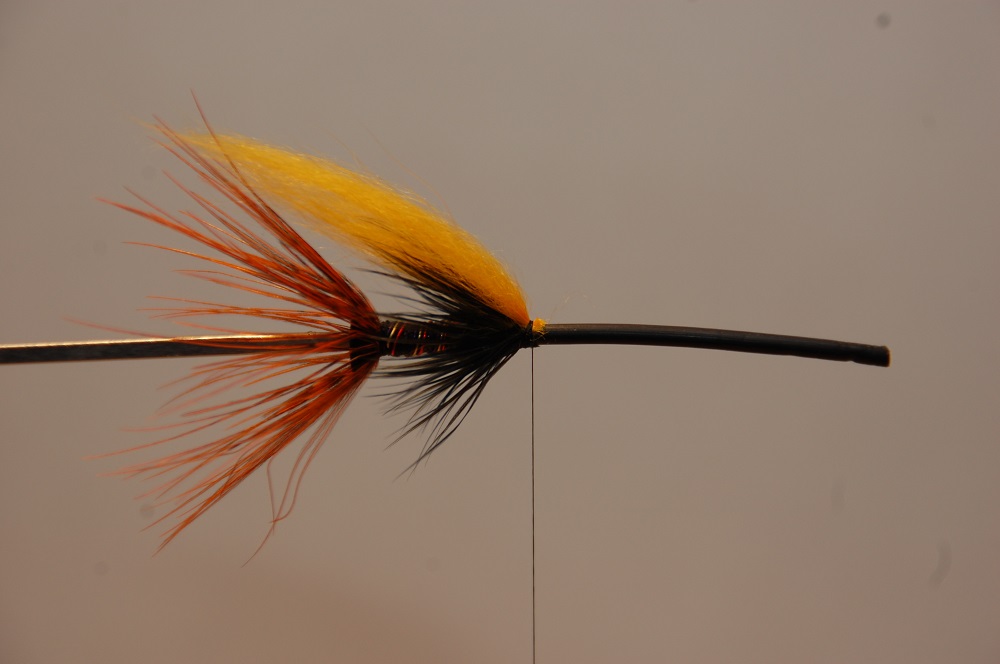 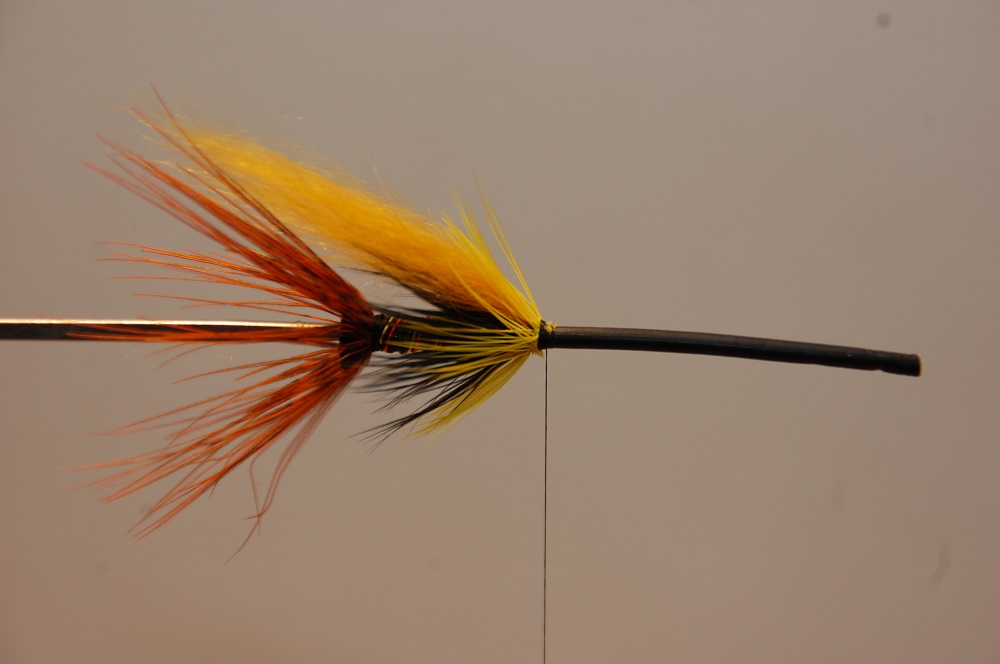 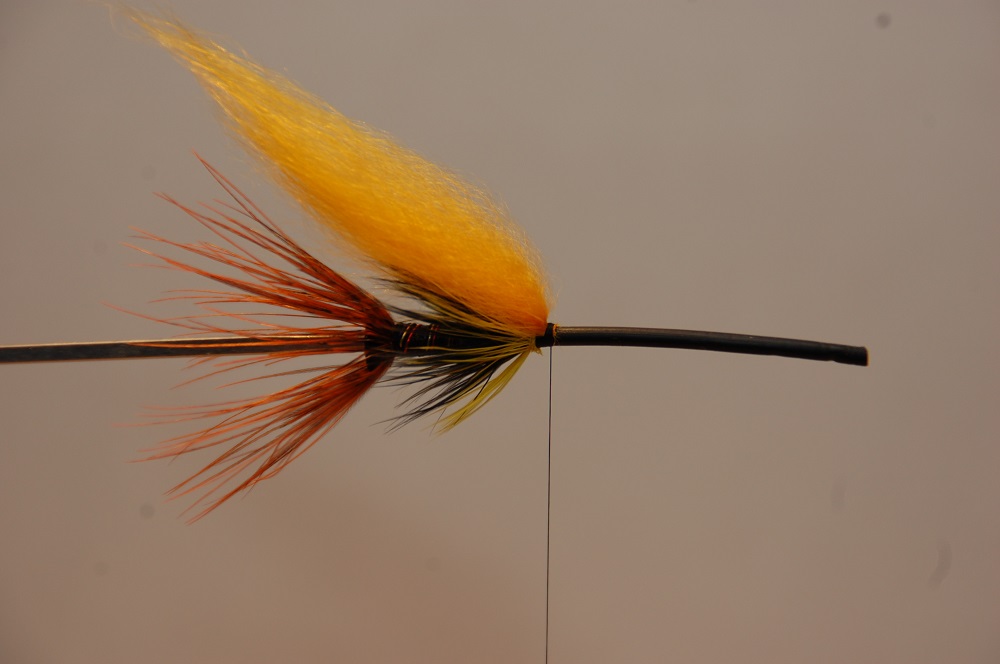 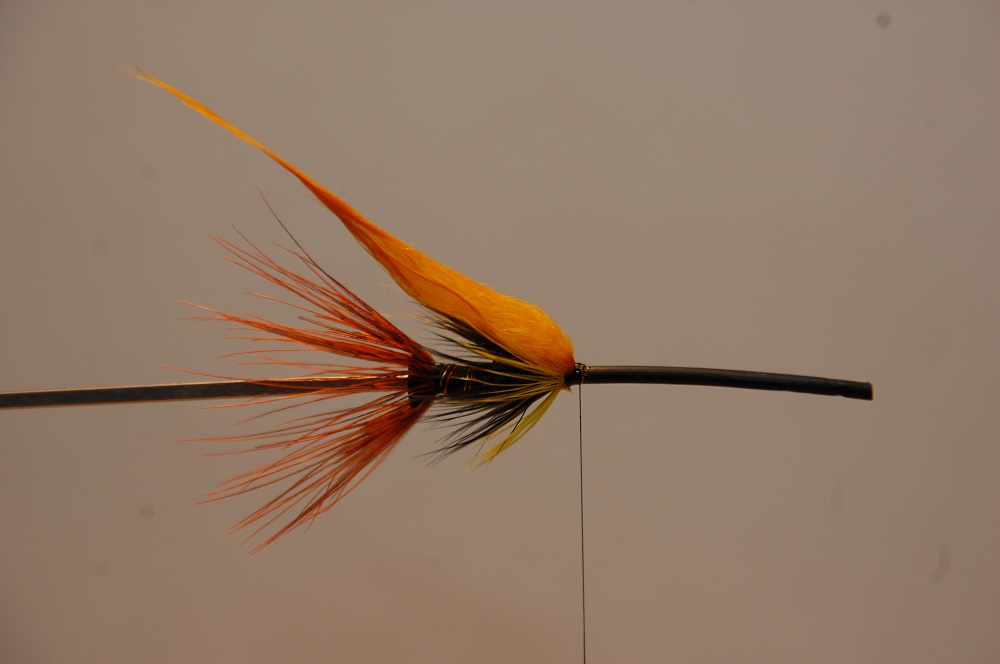 How the wing looks when it´s wet. 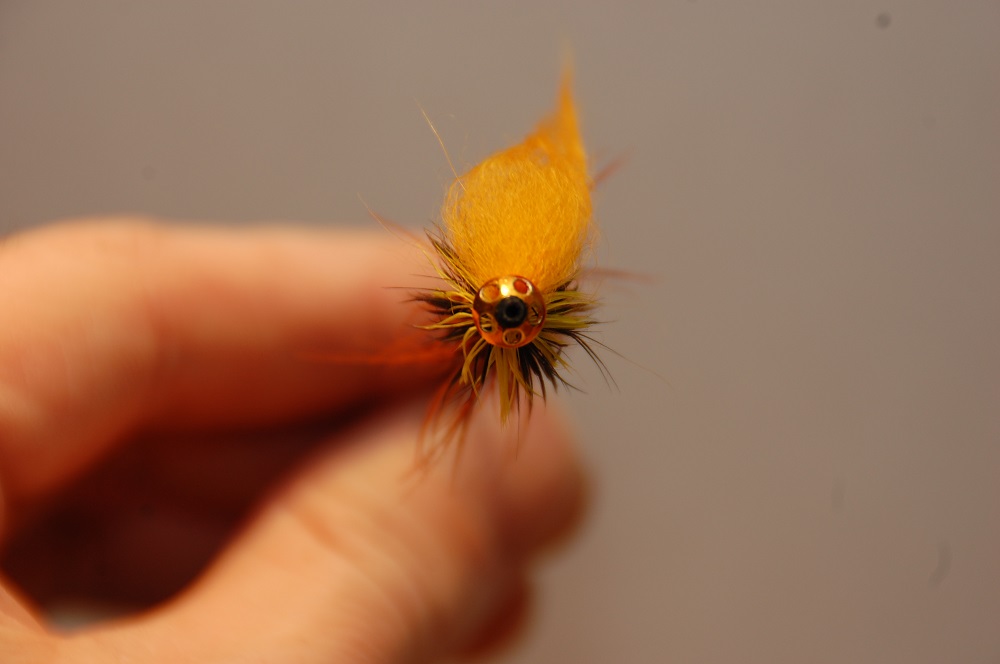 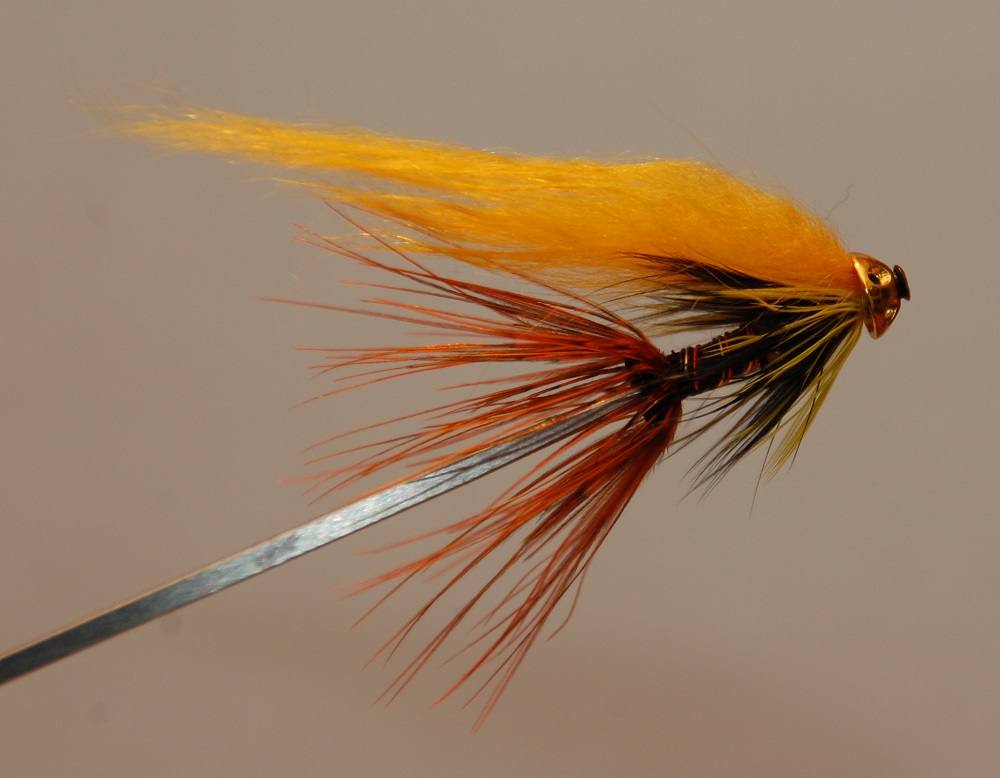