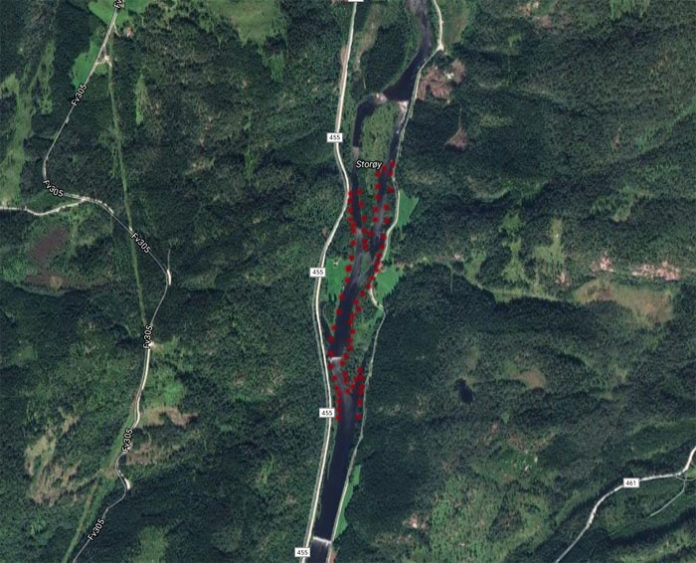 We are in the Nodehylen in the middle of the lakselorden Hamilton’s area. This stretch of fish has a lot of variety in quiet parties, rapids, wide river and deep skull. The Son Nodehylen starts from the tight turn on RV 455 just north of Lille Strait in the western river run and down to the zone Bjåhylen. Also includes fishing from parts of Storøy. On the eastern river bank, the zone extends slightly south of the upper part of Storøy and all the way to Bjåhylen.

The zone has approximately 2,500 beach meters including parts of Storøy. The son has a bar limit of 3 rods.

On the west side starts the stretch with a quiet party where it is quite deep in the upper part. Rest stones are laid south of the Laksehylen. Further down there is a bit of iron and the river is widening with calm parties. Here, in addition to the original stones, new stones have been laid out where the salmon has hidden. On the eastern side, the zone begins in the north with a strip of river with several natural stones and small coves in the old river river. Further down to the Node Hill, which is shaped like a large backwheel of unprecedented depth. Here in earlier times there were notes.

If you want to fish from the east side, drive in from RV 455 at Strædet, over Haugedalsbroa, turn right along the river and you will be able to access the zone. No doorway at the farm at Kleveland.

Parking in designated area. There is no toilet in the area but only about 5 min by car to Lax Center. It is the sign at both ends of the zones visible from the shore. 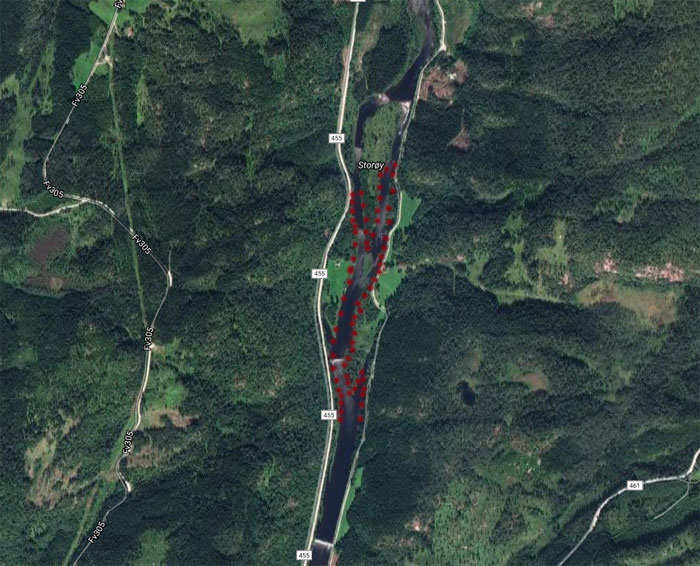